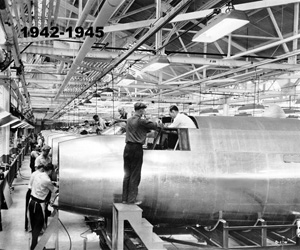 Above: By mid-June 1941, the automaker was purchasing machinery to produce the nose and center fuselage sections for the Martin B-26 Marauder bomber.


1944: All civilian car production ended in 1942 for the duration of World War II. Throughout the war, Chrysler was also involved in the production of aircraft and their engines, watercraft, weaponry, and air raid sirens for the Allied countries, which included the U.S. and Great Britain. 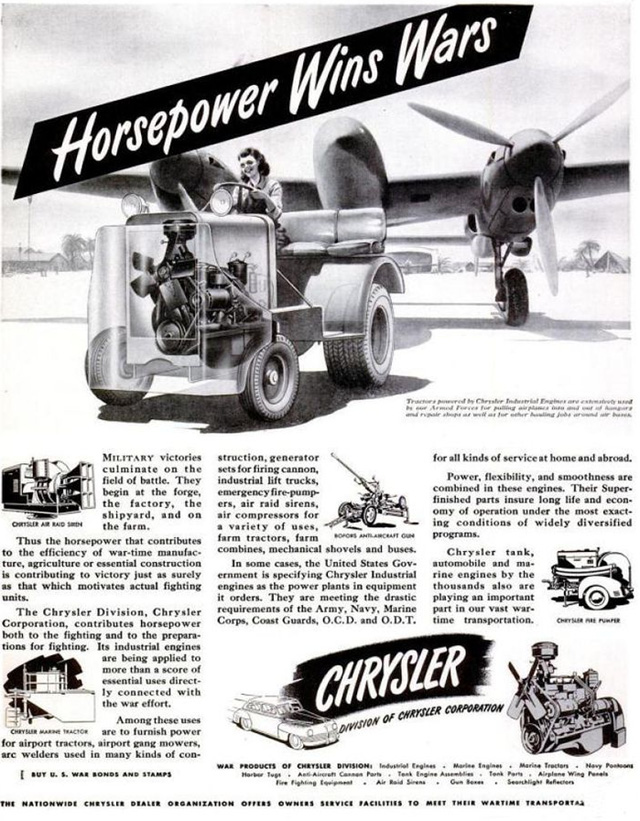 Above: Chrysler advertisement from the 1940's, Horsepower wins wars.