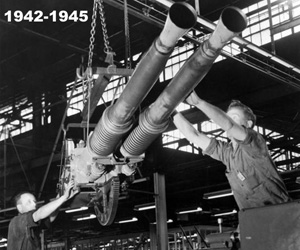 Above: On February 4, 1942, a little more than a year after the original contract award, the first mass-produced Bofors antiaircraft guns came off Chrysler's assembly lines.


1945: All civilian car production ended in January, 1942 for the duration of World War II. During the war Chrysler was designing and manufacturing aircraft engines, aircraft wings and fuselages, large guns, ammunition forsmall arms, gyroscopes, radar equipment, Tanks, Trucks and scores of other kinds of weapons for the war effort. 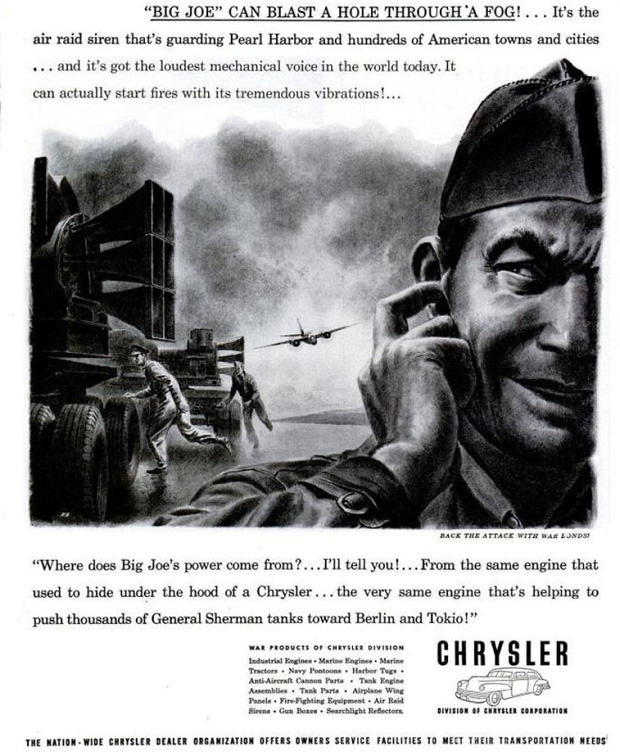 Above: Chrysler advertisement from the 1940's.