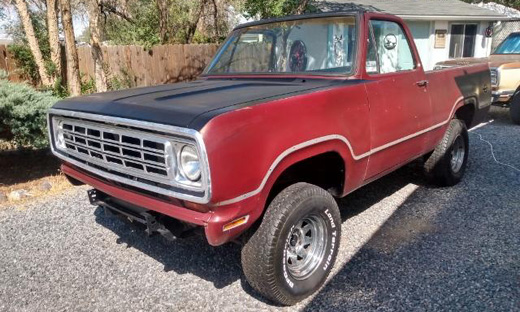 Was once owned by the city of Redding in California since new. I picked it up for a song! 360 4 barrel NP435 4 speed 4WD. Redding only used it to take pictures for the tourism brochures so it wasn't beat up and abused. I was purchased at auction by a woman who drove it for awhile and the head gasket blew and it sat. A young man bought it from her but wasn't able to fix it up and it sat some more until I purchased it and had it transported just East of Reno. It joins my collection of other Ramchargers 1974 half door, 1975, 1977 and a 1989. Prior to these I also owned two Plymouth Trail Dusters that both were 1974 models and one was a half door. I've had a 1978 Ramcharger SE back in the early 80's but sold it because of California Air Resources Board. In 1995 I began getting away from muscle cars and went to Trail Dusters/ Ramchargers exclusively and have never stopped. The 1977 (white one) is a 440 SE with the Rod Hall/Direct Connection desert racing suspension and all are number matching. 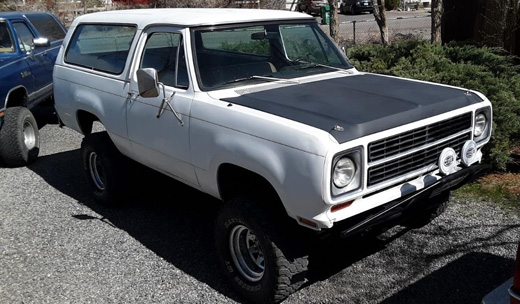 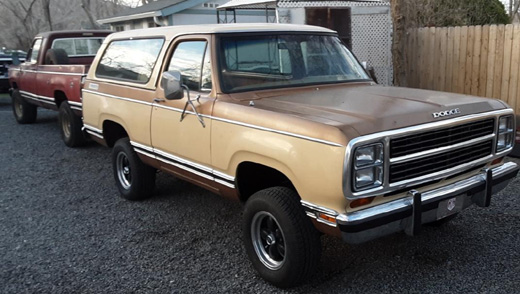